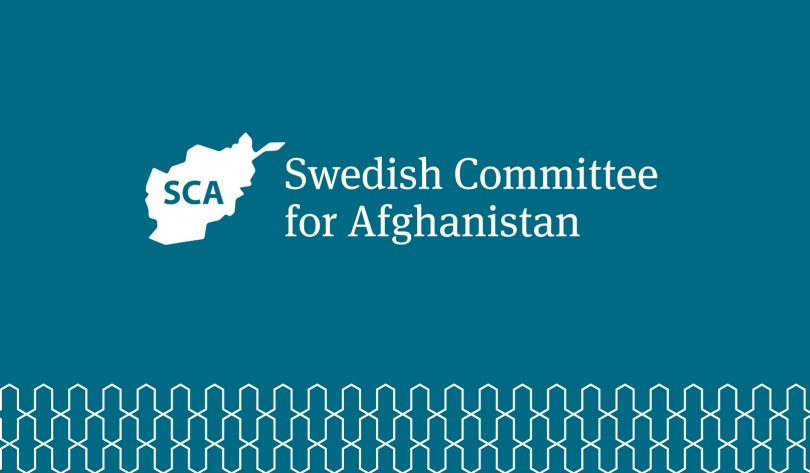 The Taliban have dominated rural areas in much of the country for a long time, but now they have also taken control of Kabul.

The Afghan civilian population is one of the poorest and most vulnerable in the world. The people have been subjected to violation and war for 40 years. Now the humanitarian situation is alarming. Food shortages are imminent and the UN is warning of acute undernourishment of half of all children under the age of five.

SCA is currently working with and for the people in 17 of the country’s 34 provinces. We mainly work in rural areas and primarily with those who are the most vulnerable: women, children, people with disabilities and internally displaced.

We are not closing our doors

We always do our utmost to keep our operations going. The Taliban have dominated large parts of the country’s rural areas for a long time. War is often close by and rural populations are hit the hardest. We have been in Afghanistan for 40 years – during Soviet occupation, civil war and the previous Taliban regime. The escalation of conflict has not affected our determination to do whatever we can, or our duty to remain in Afghanistan as long as we are needed for the benefit of the civilian population.

With more than 6,000 employees, we bear a grave responsibility for the safety of our personnel and our target groups. For this reason, we are sometimes forced to temporarily halt operations or close offices when fighting is ongoing or we are under direct threat. But as soon as the situation stabilises we open up again, and we do so regardless of which party in the conflict holds power locally. We are constantly taking steps to improve the safety of our employees and the people who are involved in or benefiting from our work, for example in hospitals and schools.

SCA operates in many areas that have been controlled by the Taliban for a long time. In these areas local Taliban officials sometimes oppose our activities or make demands that we cannot accept. If, for example, the Taliban prevent girls from going to school, we make it clear that we cannot only educate boys and that we will therefore close all the schools in the area. This, combined with pressure from the local community, usually results in the Taliban accepting our work, including providing education for girls.

During the summer offensive both the Taliban and the Afghan state urged organisations like SCA to continue their work as they all know that this is often the only way for people to get access to healthcare, education and other social services.

School for everyone – including girls

Around 100,000 students attend SCA’s schools. Almost 60 percent of them are girls. Even under the Taliban regime, when girls’ schools in the cities were closed, thousands of girls attended our schools in the rural areas of the country.

The Taliban’s attitude to girls’ education varies from district to district, but the leaders at the central level have stated that it will be permitted. The key to continued education is that the people want it to continue. In general the older the girls are the more the Taliban intervenes in education. They impose stricter rules regarding girls’ clothing, they control teacher training in religious issues and they are selective in permitting male teachers in schools.

What claims most human life in Afghanistan is not violent conflict but poverty and disease. It is vital to continue providing healthcare, even when war intensifies. Pre- and antenatal care cannot be put on hold. An expansion of maternity care has cut maternal mortality in half in Afghanistan over the past two decades. This progress must not be rolled back.

SCA is responsible for providing public healthcare in the Wardak province where we registered 1.7 million patient visits last year. We have been in charge of efforts to combat Covid-19 in an additional three provinces since 2020.

SCA supports villages that work with us to expand water supply systems and reservoirs. This provides thousands of families in remote villages with access to clean drinking water. We also improve infrastructure to mitigate the effects of drought and other extreme weather. Continuing these efforts is vital as Afghanistan is being increasingly impacted by climate change. Right now there is a serious drought in the country and this, combined with the pandemic’s economic effects, has increased poverty. According to the Red Cross, 13 million people – about a third of the country’s population – do not have enough food.

Transparency and a firm footing in the community are crucial for SCA’s ability to do its work. We are constantly in dialogue with village councils and local leaders and we employ people from the local communities where we operate. We have around 6,000 employees in Afghanistan and 99 percent of them are Afghans.

We exist for the benefit of the civilian population. Impartiality is one of our core values. Our adherence to this principle has enabled us to operate for such a long time in Afghanistan and under different regimes. We will stay as long as we are needed – regardless of who is running the country.

We need your support!

SCA’s work is made possible by the support of our members, private individuals and donors such as Sida, Radiohjälpen, Postcode Lottery and the World Bank.

Uncategorized Ghamai 72 is an Afghan elder living in Tarnawi village of Diamirdad district in Wardak province. He expresses satisfaction and gratitude for SCA providing health services in Tangi Sayedan, a remote area through a Comprehensive Health Center (CHC+).

Students that they are working as physiotherapist

Uncategorized In 2016, the Disability Project of Swedish committee for Afghanistan in the North, started physiotherapy trainings to train more physiotherapists. A total of 40 male and female students from northern provinces attended in this program which is graduated by the end of 2019.

Uncategorized A one-day learning workshop conducted in Balkh, Jawzjan, Samangan, Ghazni, Wardak, and Paktika provinces to discuss the problems, opportunities, barriers, and advocate for the rights of people with disabilities in the government departments.