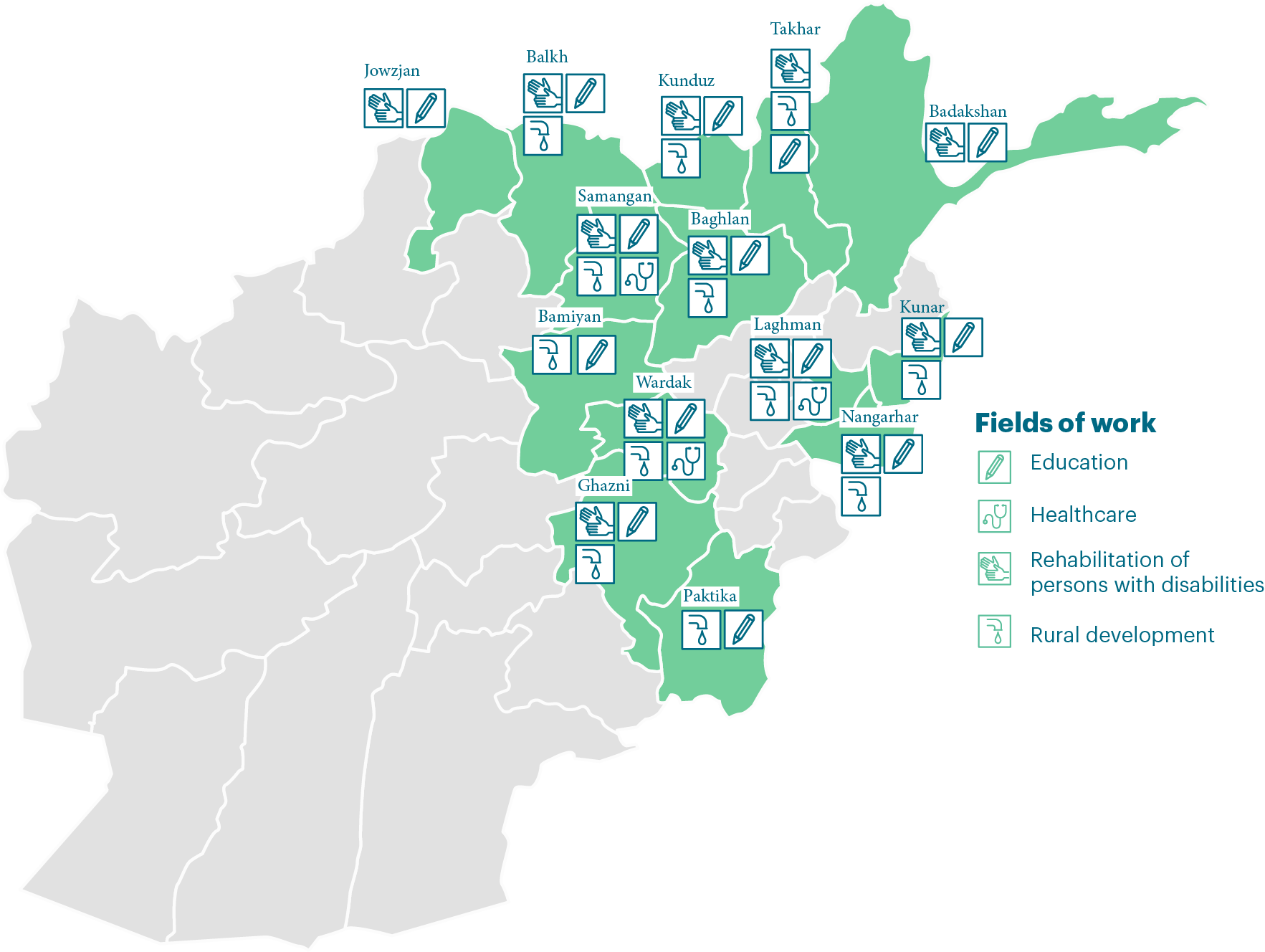 OUR VISION is an Afghanistan free from poverty, violence and discrimination, where human rights are respected and all live in dignity, enjoy equal opportunity and social justice.

OUR MISSION is to empower individual, communities and local organizations, primarily in rural areas and with a particular focus on women , girls, boys, and vulnerable groups such as persons with disabilities, so that they may participate fully in society and influence their own development. SCA will achieve this by working closely with communities, local and national civil society organizations and relevant levels of government, and by combining capacity development, service delivery and advocacy.

In Afghanistan, more than 104,000 children (60% of whom were girls) attended more than 3,000 classes in schools supported by the Swedish Committee for Afghanistan (SCA). Over 1.77 million people receive medical care each year at clinics and hospitals run by the organization. More than 940,000 of these were made by women. SCA also supports the rehabilitation of persons with disabilities and contribute to development in rural areas.

Women, children, persons with disabilities and returnees benefit from SCA’s activities. Life becomes easier to live when there are schools for children in rural areas, midwives that reduce maternal mortality and prostheses for people with disabilities.

We empower people so that they can change their lives – to satisfy hunger and live with dignity is a right, not a gift.

SCA has over 7,400 Afghan employees, all contributing to stability in country. The programs are to the vast majority implemented in rural areas. SCA is operating in 19 of Afghanistan’s provinces.

For 40 years we have been present among those in Afghanistan who need us most; despite war and conflict. We have decided to stay as long as we are needed. 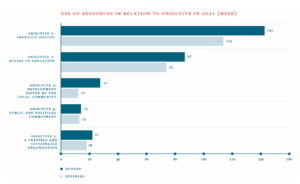 SCA has 3,585 members in eleven local associations and individual donors in Sweden, one local association in Afghanistan. Sida, the agency for development cooperation of the Swedish government, is the largest institutional donor. 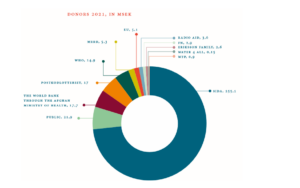 SCA was founded in protest against the Soviet invasion of Afghanistan. In 1981 SCA began to raise funds for humanitarian support for the Afghan people. One year later SCA opened an office in Peshawar, Pakistan, and started to send medicines and equipment to four small clinics in occupied Afghanistan.

In 1984 the first primary school was founded, and three years later SCA began to work in rural development. The programme for support to persons with disabilities started in 1992. Since then SCA has continued to work for our vision of an Afghanistan free from poverty, violence, and discrimination. Gradually SCA has shifted from merely humanitarian service delivery to a development organization.