Home / For an Afghanistan free from poverty, violence and discrimination / Women 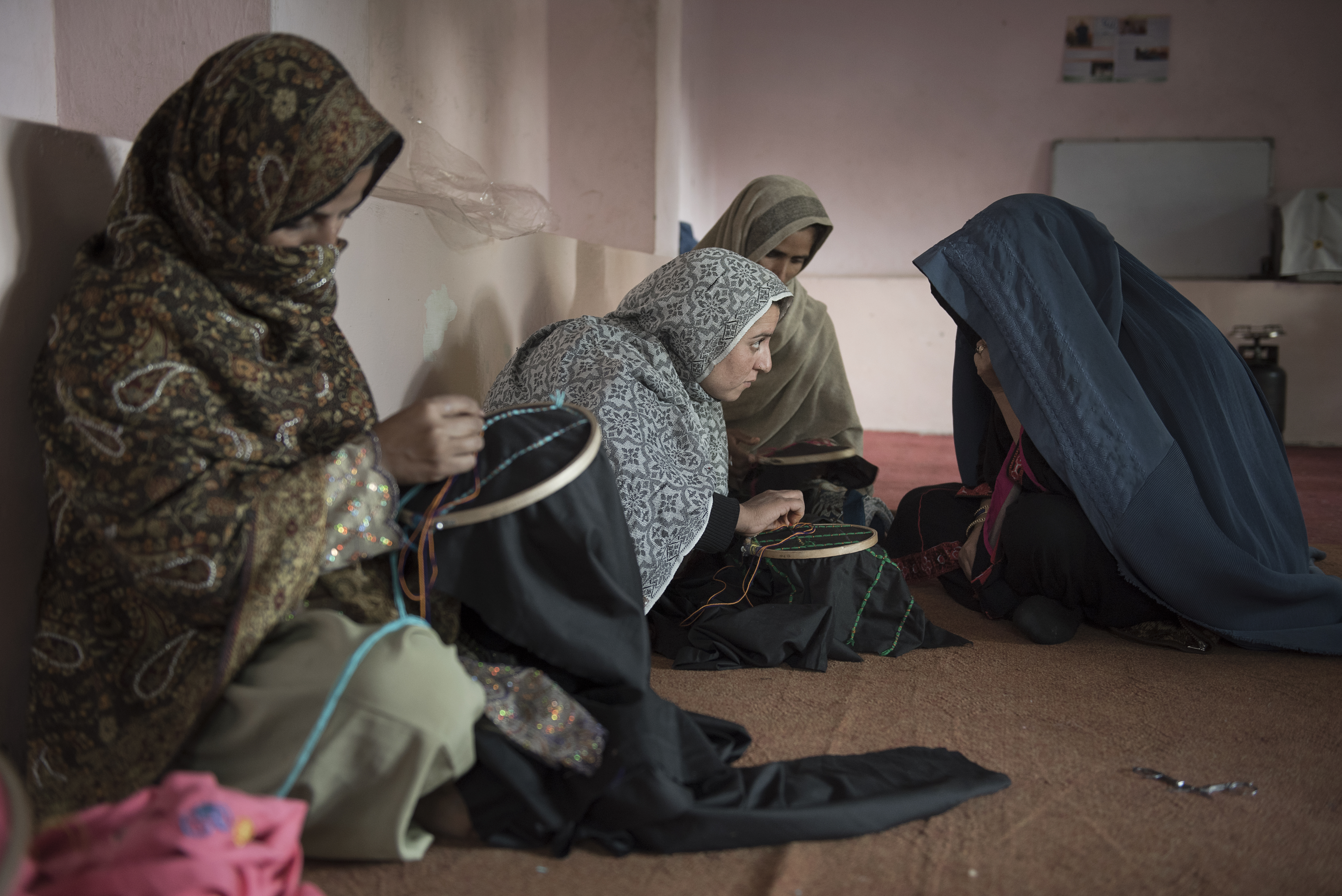 In recent years the situation has improved in many ways, but women still face considerable discrimination and violence.

The recorded statistics of human right commission shows that violence against women is decreased by 20 percent in Afghanistan in 2018, but an annual report of this commission shows that 94 percent of this violence accrues at home and men are the reason for 90 percent of the violence. This indicates that houses are the most insecure place for women.

An obscene tradition like bad marriage, forced marriage, virginity test, exchanging of girls and women with goods and to settle dispute and preferring of boys over girls are still widely exists in Afghanistan.

After the Taliban regime and the presence of the International Community in Afghanistan in the past 18 years, women had a wide presence in all social, political, cultural and educational, etc. sectors. The number of women in governmental and non-governmental departments is increased than in any other time in Afghanistan. According to the national and international laws, the women gained special rights and position, but after 18 years when the peace negotiations started with Taliban women faces with a big question that they might stay at home after the peace agreement with Taliban and this is a huge concern for those women who work outside.

Although women face many problems, Afghanistan is still one of the most dangerous countries for women in the world. Still, many girls and women have less access to education and medical services. If we want to compare medical services with Sweden with an example, in every 100,000 birth 394 women die while it’s 4 in Sweden.

In recent several decades, Swedish Committee for Afghanistan with close coordination of the Ministry of Public Health has trained many midwives in remote areas and will keep training them in the future as well. In addition, among 29 thousand people who got medical advice in 2018 about 58 percent of them were women. Meanwhile, more than 2 thousand women got courses of literacy, hygiene, nutrition, the distance between getting birth, recourse to health clinics and children vaccinated. 53 out of 98 physiotherapists that Swedish Committee trained in 2018 are women.