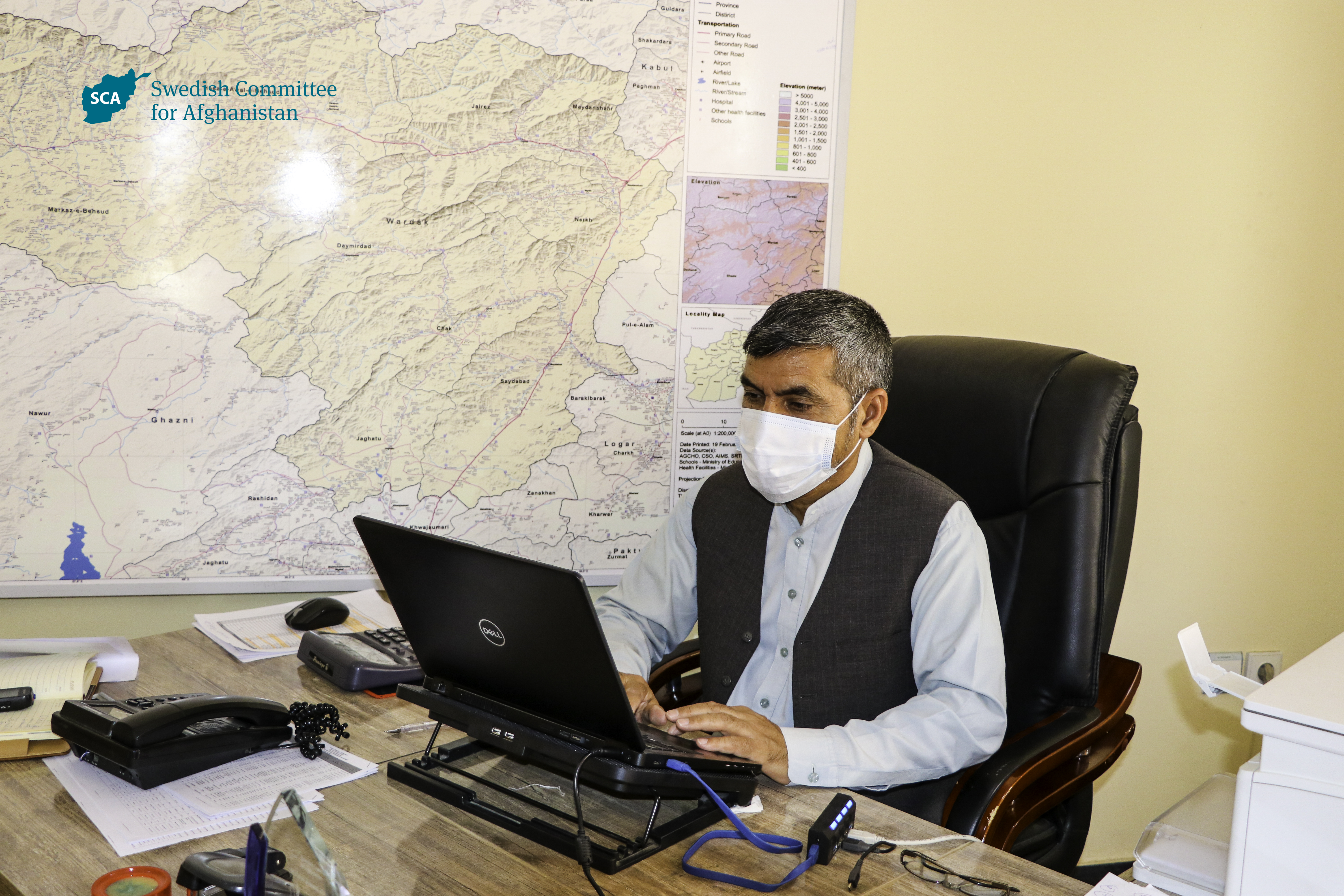 In our HFs on monthly basis there are 60-70 abnormal childbirth take place, a single abnormal childbirth cost is a minimum 15000 AFN.  If we estimate vehicle rent to Kabul or other neighboring provinces for patients’ delivery, it also become huge amount of money. People coming to our HFs, they regularly receive advisories on maintaining good health, it also controls disease in a community. Our Immunization (Vaccine) program provide vaccine to 2000 children on a yearly basis, where these children get immunization against 9 different diseases. In addition, this program provides tetanus vaccine to 20000 women in the province”.

In response to our question that “What were your main achievements in 2.5-year Sahatmandi project implementation?”, Dr. Malang said:

“As Sehatmandi Project started in January 2019, its variance with other health projects was that its 33% budget was conditional on achievements, the rest of the budget was fixed, so it was a kind of challenge to all, but we were able to have some very valuable achievements with the help of our dynamic health team:

Before Sehatmandi project, we had only 288 health posts on villages level, 19% staff of the health posts were women, as per the Ministry of Public Health policy we must have had 50% women and 50% male in those health posts, but now we have achieved this target and currently we have 397 health posts functional with 50% women staff in the stated number of health posts.

Our target was to hire 13 female Medical Doctors (MDs) in Sehatmandi project, we only had five, we successfully hired 8 more and achieved this target. As per the plan, Sehatmandi project must have had 1070 (35% female) staff, we did not have professional staff in most of our HFs, it was a challenge, but thanks to Allah we were able to hire professional staff in all our 77 HFs. We also hired 74 female Nutrition consultants. In past we had only sex local rented Tunas Wagon to serve in HFs as ambulances, they were not as per the international ambulance’s standards, now we have 19 ambulances equipped with health kits and are standardized as per international health standards”.

It is worth mentioning that as per a semiannual survey conducted by a third party, the SCA health activities in last 6 month in Wardak province earned 97.6 marks out of 100, Thus SCA was awarded certificate of appreciation by the Ministry of Public Health (MoPH) in recognition of earning first position in health arena in Afghanistan. In addition, before Sehatmandi project, health per capita was around 5$ in one year period in Wardak province, but as per SCA proposal to MoPH, the per capita rate increased to 10.3$, it is also an achievement as it has paid crucial role in implementation of quality health services.