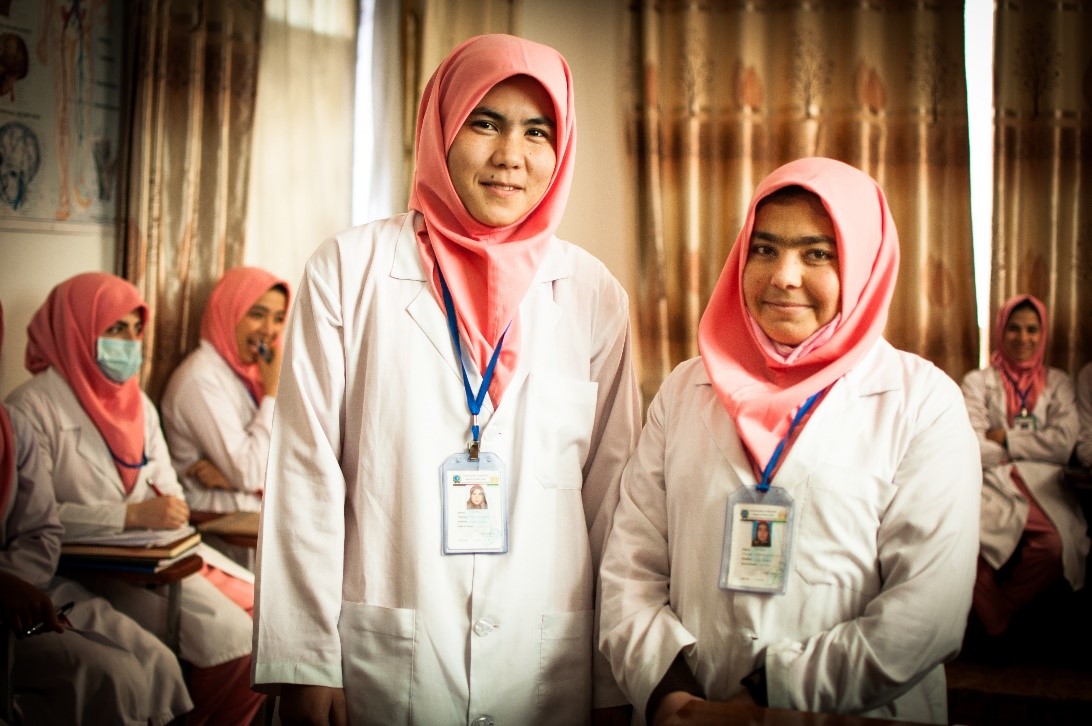 Farzana Hussaini still remembers what happened one winter day in Rashak, her remote home village, when a woman started feeling her delivery pains:
““Since there was no midwife available in the village, people came together and put her on a bed and tried to carry her to hospital. But due to the heavy snowfall, she couldn’t reach the hospital. When they carried her home – she was dead.”

Today Farzana is 21 years old and one of 24 midwifery students in Wardak who will graduate this year in May.

Around 2002 surveys showed that Afghanistan had among the highest maternal mortality rates in the world. The estimated rate varied in different surveys, from 1100 deaths to 1900 per 100 000 live births. Thanks to a growing number of midwifes, the number is currently down to 396 deaths per 100 000 live births, according to Ministry of Public Health.

In Wardak region the maternal mortality rates may have been as much as four times higher, as the province mainly consists of rural and remote districts, with a conservative population. But thanks to the Community Midwife Education of SCA, the number of midwifes in Wardak has increased from 27 to currently 105. Most of them have been trained by SCA and the midwife education has become very popular.

“When we started the midwifery education in 2004, we had to knock on doors and sit down and talk to families, to convince them to send their daughters to join our school. Today we have 85 candidates competing for 24 positions”, explains Mirwais Haleem, Deputy Project Manager at Wardak Regional Management Office.

Improvements have been made to the quality of the education, extending it from 18 months to 2 years, updating the curriculum and installing a well-equipped laboratory.

Since 2004, SCA has graduated 157 midwifes in Wardak, and 331 in the whole country. 70 more students will graduate during 2019, Farzana Hussaini being one of them.

“When I have finished my studies, I will go back to my home village to combat maternal mortality,” she says, determined.

Together with her 400 midwife colleagues in Wardak, Laghman and Samangan provinces, there is no doubt they will make in important contribution.