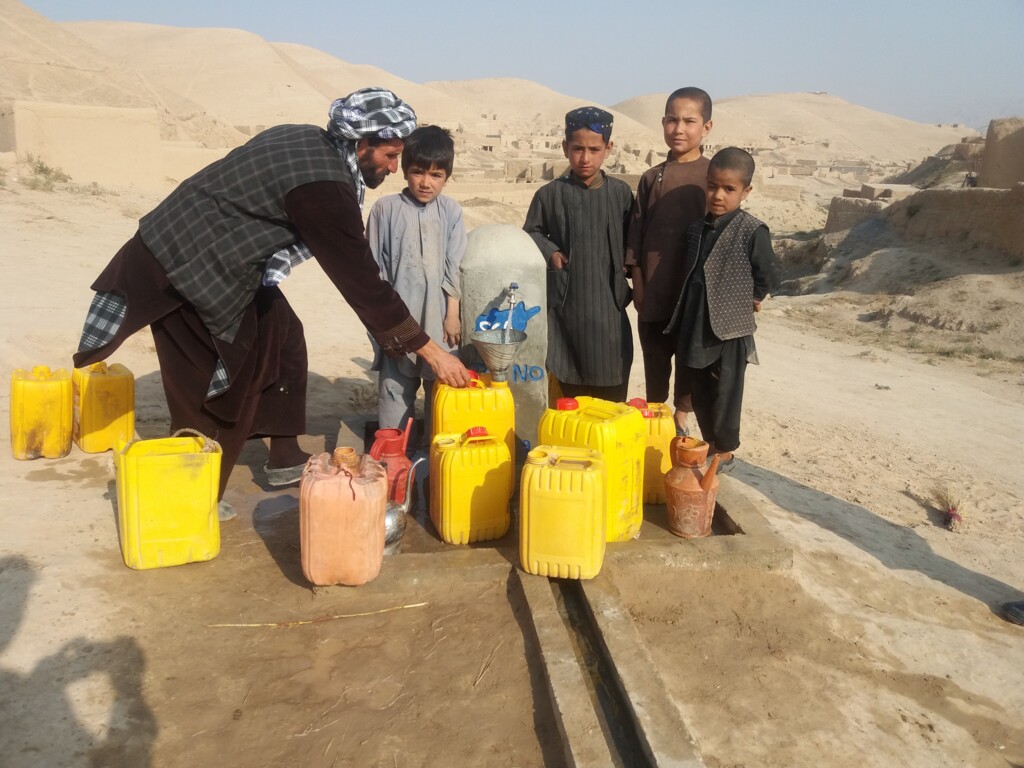 Gul Mer, head of the Topaghli Community Development Council in Shulgara district of Balkh province is happy about the recently completed pipe scheme project. He says: “Not having access to safe drinking water was one of the biggest problems we faced. The children in our village were not able to go to school and they had to provide water for the family from the river which is 4 kilometers away from our village. At the same time, I saw many car accidents when the children and people were crossing the road to the river.”

He continued: “With this pipe scheme project, the 300-family living in our village have now access to safe drinking water. I am sure the children will go to school.” All sub-projects have been implemented successfully through a community-led approach as method of implementation with a focus on participatory decision making, social audit, implementation, and end of the project target CDCs have conducted accountability events within the community. The target community has contributed 10% of the total cost of the projects where the RDP team has provided technical facilitation and backstopping during each phase of the projects.

Marzia and Faizullah, sister and brother, who live in Torpaghli village of Shulgara district in Balkh province, are among hundreds of other children responsible to bring the water for their families.

Ten years old Marzia is in the second class of the school. She says: “It has been two years that I carry water on donkeys, and I spend four hours every day to do this. It had been a routine for me to become absent in the class and not able to continue going to school.”

Mohammad Fahim Wahidi, Rural Development Project Manager of Swedish Committee in the north says: “These projects are implemented and completed in three districts of Balkh and Samangan provinces under the Community Governance and Livelihood and WASH program and the total cost is around 39 million Afs including ten percent contribution of the Community Development Council. A total of 8140 families, 40452 individuals benefits from these projects.”