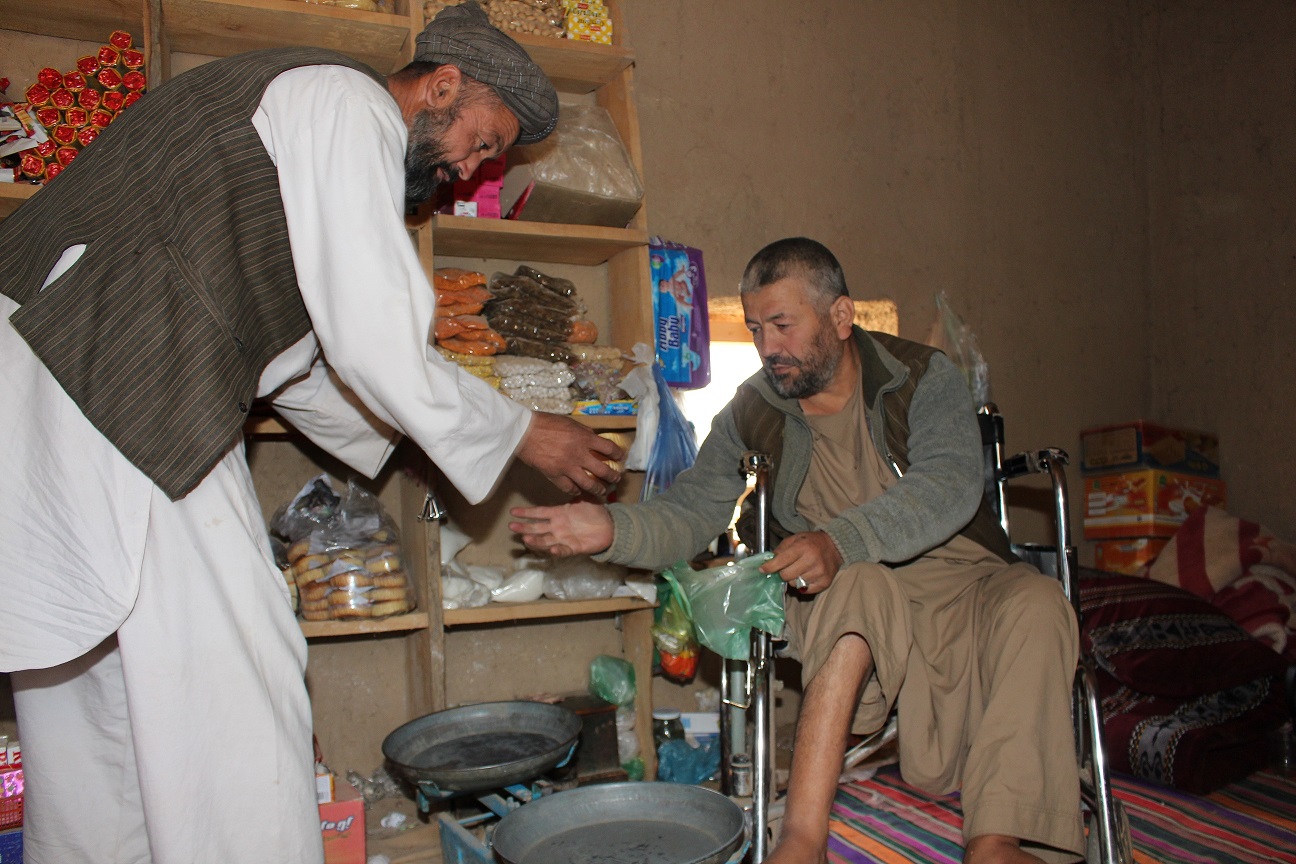 In addition to improving his living condition, he could provide some facilities to his villagers; through which he was eventually introduced as a hero of the village.

Most of the people in the community assumed that merely non-disable people can be heroes, regardless of this believe, Gul Murad a person with disability attempted to improve his village and was introduced as the hero of his village.

Gul Murad is an inhabitant of Bagh-e Zakhira village, Khuja Ghar district of Takhar province. He got disable as a result of an explosion which caused injury to his back and consequently, this injury paralyzed him and now he is unable to move.

Gul Murad said: “when I got disable I was depended on other people’s help and this suffered me a lot., then I used to reduce my emotional distress by playing local flute”. he added that, six years ago, while the whole his body was covered with pain and his heart was not normal as its previous condition, one man came to him and introduced himself as SCA staff from Disability and Rehabilitation program and he tried to console him with this sentence (I not able is an excuse sentence and you are  not unable).  He also said that his disability is a test from great God(Allah), and he wants to examine his ambition.

The living condition of Gul Murad thrived after he was supported by disability programme of SCA. he received a wheelchair, likewise, he was given revolving loan and thereby he opened a local grocery store in the village.

Before opening the shop, Gul Murad had an initial assessment from his village, then he found out that by opening a grocery shop he can bring some facilitation for the villagers and on the other hand, he can make a good income for himself. Gul Murad has a good dealing with his villagers, he exchanges his shop’s goods with agriculture productions (wheat, barley seed, corn and some other crops). In this way, he provides some farmers with facilities who don’t have cash; while on the other hand, he also can gain benefit by selling these crops to other customers.

However, Gul Murad’s shop looks small, but it is too important for all the villagers; since after performing evening Salat, villagers congregate in his shop for listening to radio news, charging their mobiles and discussing the challenges of the village and finally consult for solving those challenges. In fact, social consultation is a better approach for improving region or villages that this person with a disability has provided the opportunity for it to take place.

Soofi Zarif one of the villager says: “Gul Murad now plays the role of a leader in the village and his shop has the role of a social center. Since he has opened his shop, he has provided lots of facilitations for us, therefore, we all come to him every day and jointly take decision for solving our problems”.

Now Gul Murad is a hero of his village and his family. He is very happy and living with six members of his family. He can save 8000 AFN per month. He is going to extend his shop space next year and decorate it more orderly.