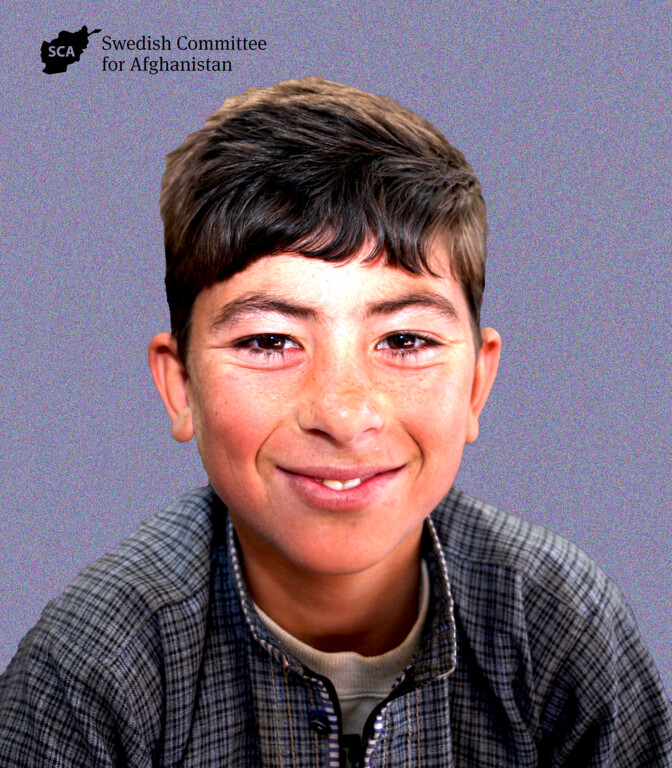 In reply to another question “when you become an engineer in the future, what will be you doing by then?” He says: “I will be building bridges, roads, and schools. I will be serving my homeland and people”. Likewise, there are thousands of Afghan children studying at schools in very tense and insecure conditions. Almost all children live with a desire for peace and stability in the country, as if there is peace, they will skillfully achieve their desirable ambitions. But, unfortunately, until this moment, most of the children who had ambitions of having a bright future, have lost the pathway to their desired ambitions due to continuous conflicts and war.

Hamza is also talking about severe fighting close to their village on passing the Kabul – Kandahar highway, he says: “In summer there was a lot of fighting. I am glad that no one from our school was hurt. Once a bullet hit our class as well, it passed between two classmates and hit the wall behind us, fortunately, we were not hurt”.

It is worth mentioning that SCA’s Education project in Wardak and Bamyan provinces, up to now has provided education opportunity for 16,492 (12,212 girls and 4,278 boys) students whereas SCA employed 709 (553 male, 156 female) teachers for 625 Community Based Education (CBE) classes in 316 villages.