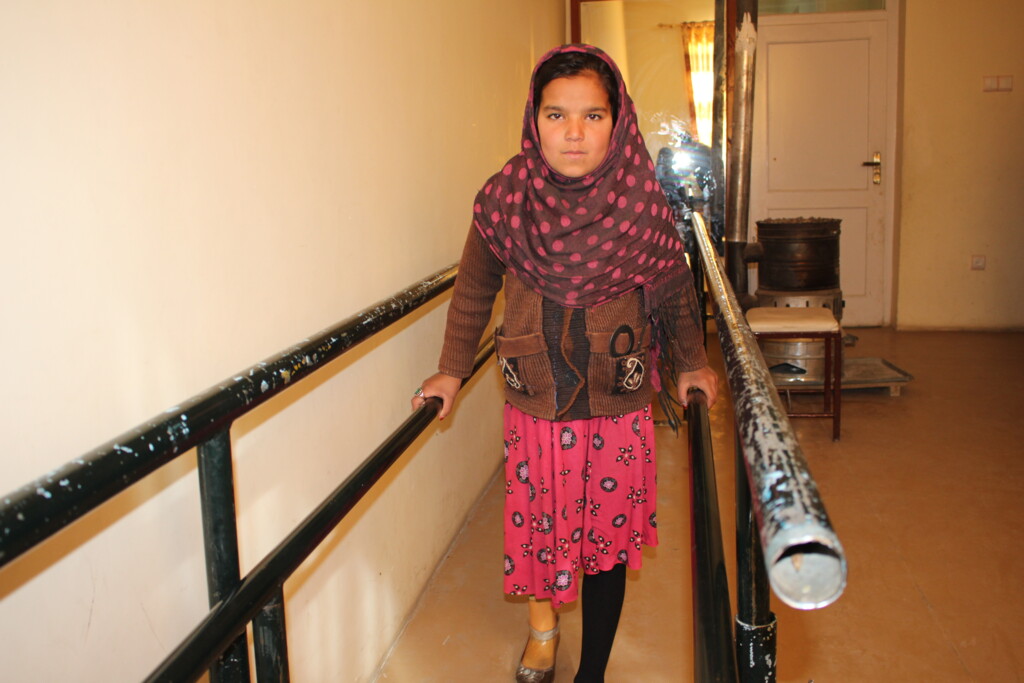 Alam Khan is the resident of Noghi village in Ghazni province. He has the responsibility of his twelve membered family including a nine-year-old girl with a disability. The tale of his life is painful and disheartening.

According to him, last year his seven family members were injured inside his house as a result of mortar shell hit and his brother’s wife died in that disheartening event. His 9 years-old daughter, Shabana was also among the wounded. 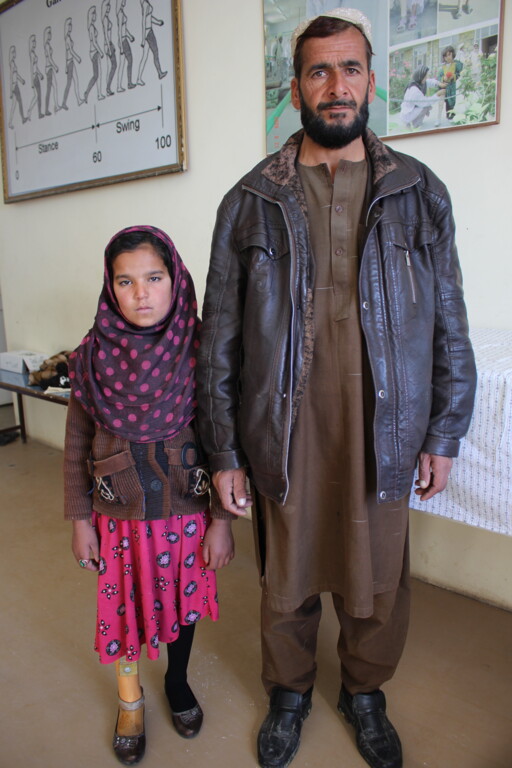 He brings Shabana every second month to the physical rehabilitation center of the Swedish Committee for Afghanistan and the molds are renewed due to her body growth by skilled technicians.

Her father Alam Khan says, “That day will be Eid for me if peace comes to our country because we are either being killed or become disabled in the war, most of our family members have become disabled and one is also killed, we face many problems in our lives”.

Mr. Alam Khan is illiterate and survives on daily wage as labor. “In our neighborhood, those whose economic situation was relatively better they moved to the city due to fear of being killed but poor people like me don’t even have the ability to rent a home in the city, we have dug trenches in our own backyards for taking cover during armed clashes between AoGs and the government” he added.

He is very pleased with the SCA’s services in Afghanistan and he says “that it’s good that SCA provides services to disabled people especially the synthetic molds which is also free. If the molds were sold, I wouldn’t be able to buy them for my daughter. Now it’s good that my daughter doesn’t need our help and she can walk with her artificial leg, she also goes to a religious education center in the village.

Dozens of people with disabilities come to the SCA’s Physical Rehabilitation Center in Ghazni province every day and get artificial limbs, the majority of them have become disabled as a result of the ongoing war.