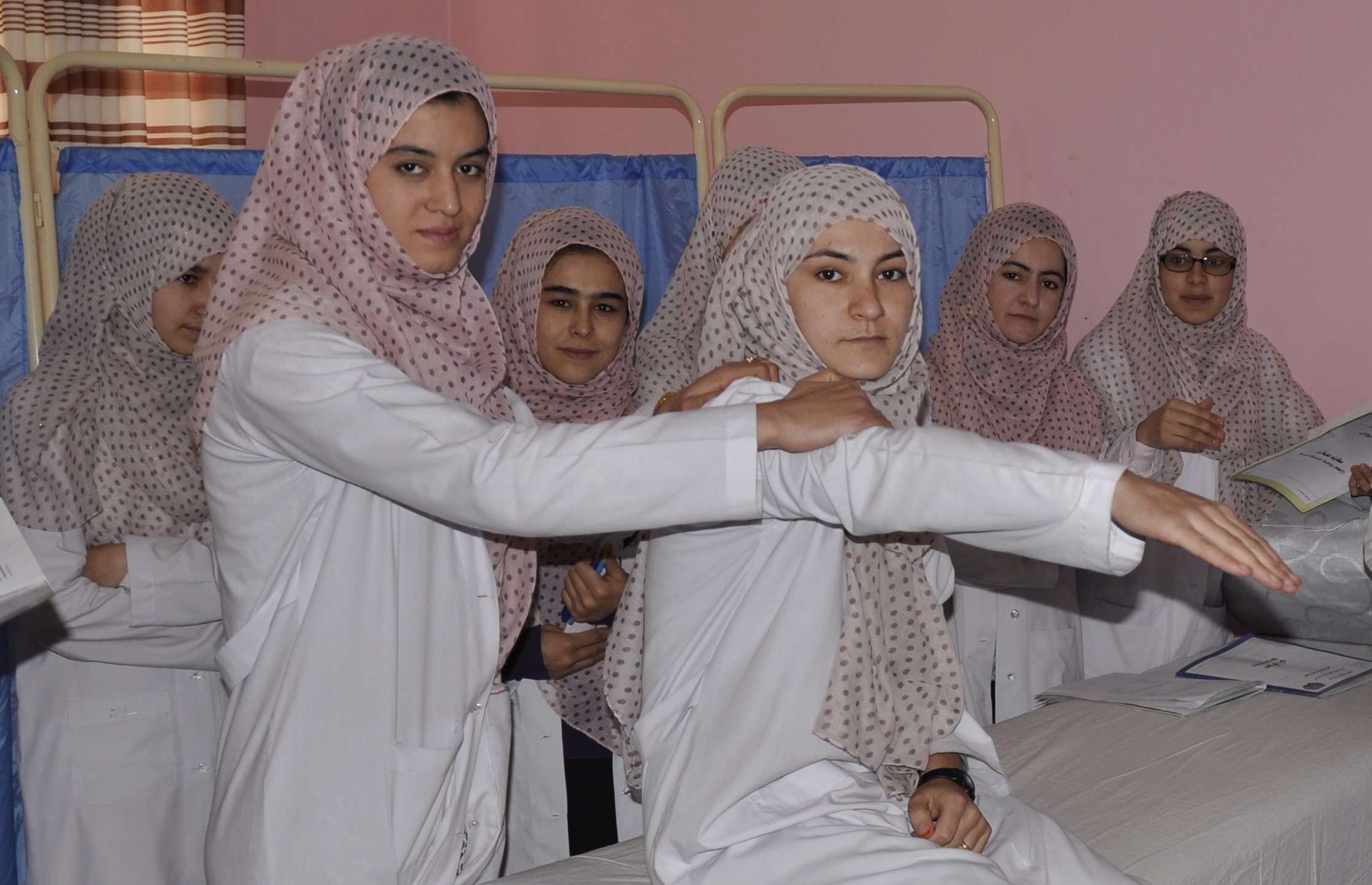 Studies show that physiotherapy is practiced in various countries around the world. It is at diverse stages of development with base similarities and a common definition and aim of practice everywhere. However, there are local differences and traditions that are affecting physiography practices and development.

A common definition of physiotherapy is that it helps restore movement and function when a person is affected by injury, illness or disability.

In Afghanistan, health service physiotherapy is a gap and patients all over Afghanistan suffer from it. Afghanistan has no enough professional and experienced physiotherapists to provide services to the people in need, especially in the rural areas.

Hassiba is one of the students who studies this three years program at SCA Physiography Centre in Taliqan, Takhar province. She has come from a remote village of Baharak district of Badakhshan.

“My cousin was suffering a physical problem in his back and the lower part of his body. There is not such facilities in Badakhshan to treat him. Thus, he went to Kabul for treatment. The doctors recommended a surgery but it did not go well. As a result, he got paralyzed. He is 18 years old. I really feel pain for him. He is not the only victim and there are many and many others like him in our community.”

Hassiba hopes that she can help such people in her village in the future. For Hassiba, it is very difficult to leave her family and come to Taloqan for her studies. However, she is pleased with the hostel and other facilities provided by SCA.

At the physiotherapy training in Mazar, Frozan and Zabiullah learn more about the human body by examining a skeleton of plastic. In reality, women and men are separated when doing practical exercises, but here they have agreed to pose in front of the camera for a Swedish visitor. They are both very pleased to have entered the training and know that their knowledge will be useful when they return to their villages. 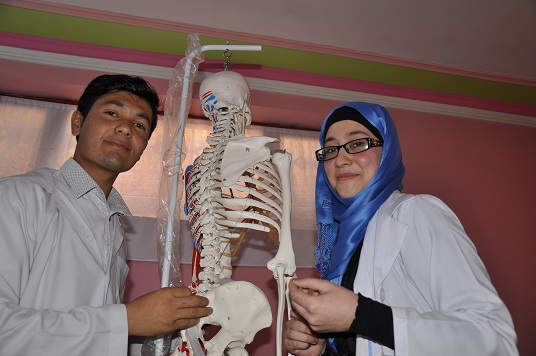 “People in the district will know when I’m back. I’m planning to work at the district clinic, says Zabiullah.

Afghanistan has high levels of disability as a result of many years of armed conflict. An important part of the reconstruction process in Afghanistan is strengthening health service capacity and rehabilitation services. War has badly isolated Afghan physiotherapists from completed professional links. Culture also influences attitudes towards training and has restricted female travel and access to education. 50% of the students in TIQRA project are female students from 34 provinces.

Fatima, another student who has come from Kunduz province to study at this center says that she is studying physiography because she has faced physiographical challenges in her own life but no one could help her.

“Our tradition does not allow men to uncover any part of a woman body for treatment. This program now has created an opportunity for female students to study. I have planned to start my own physiotherapy clinic in my village in order to support the venerable as soon as I graduate from this program. There is a huge need for physiotherapy centers everywhere in the country.” Said, Fatima.

The project is aiming to multiply the number of hospital-based physiotherapy departments in the 34 provinces of the country with a special focus on districts hospitals to reach population living in remote areas. SCA-run physiotherapy training centers are located in three main regional zones; Takhar, Mazare Sharif, and Jalalabad where students have been selected from almost all the provinces based on their merits.