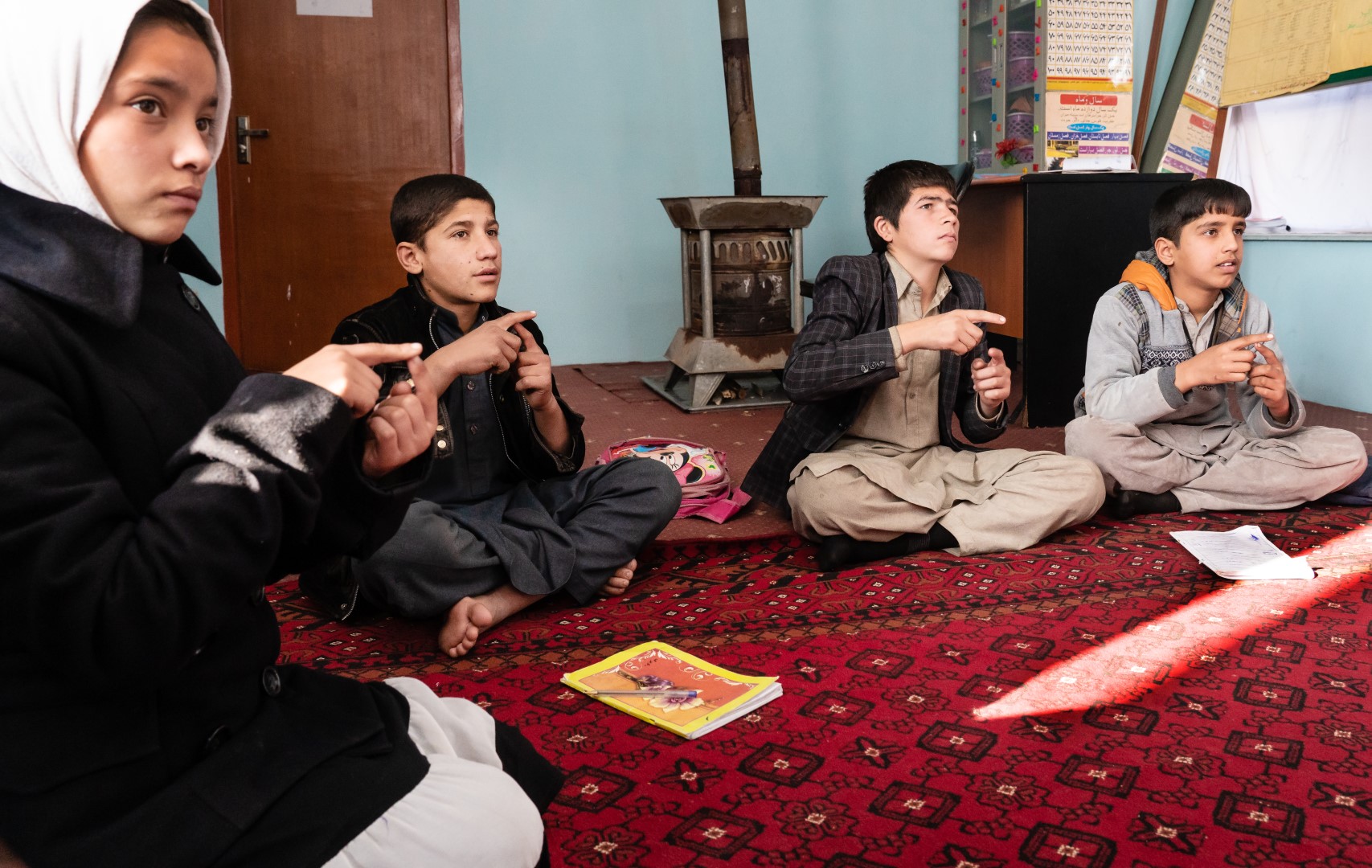 The teaching is conducted in both speech and sign language, and there is also a so-called Braille typewriter for the visually impaired.

Rohulla Mohammad Attah has worked for SAK for over two years, he has himself hearing and speech impairment and helps translate when Jamiliah Abdul Bahir, 12, tells why she is here.
“My brother went to this school earlier, he is deaf like me, but now he is in a regular class. That is my goal too, I want to study at university and become a special teacher”, she says. 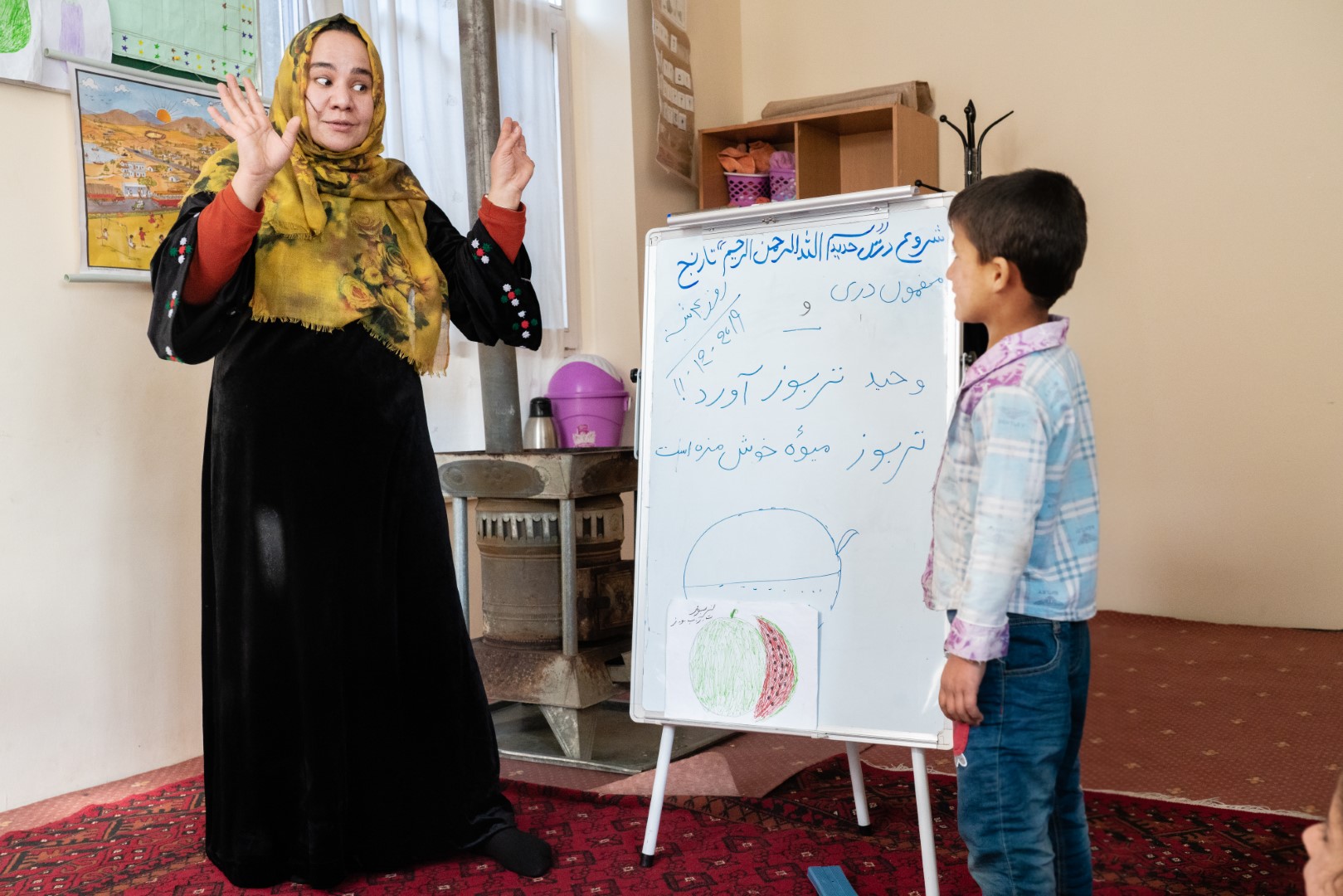 In another class “fruits and vegetables” is the subject matter for the day. It is a group of children between seven and twelve years old that also have hearing and speech problems. Teacher Rohina Abdul Karim, 25 years old, makes sure that all the children show what they can.
“One by one”, she tells them, “now can you tell me how to make watermelon signs and the sign for eating it?”

SCA’s school is the result of needs already known in the region, but the children also come here thanks to outreach work done by SCA’s field staff, says Zabihillah Jumachan, responsible for overall operations of the school.
“We are looking for children who need support. Some families first do not want to send their children to us, so we usually sit down over a cup of tea and explain what schooling means, also for the future.”
In everyday life, getting to and from school can be such a thing to solve.
“If the family lives outside the city, we have a mini-school bus that drives around and picks up kids in the morning and drop them off in the afternoon.” 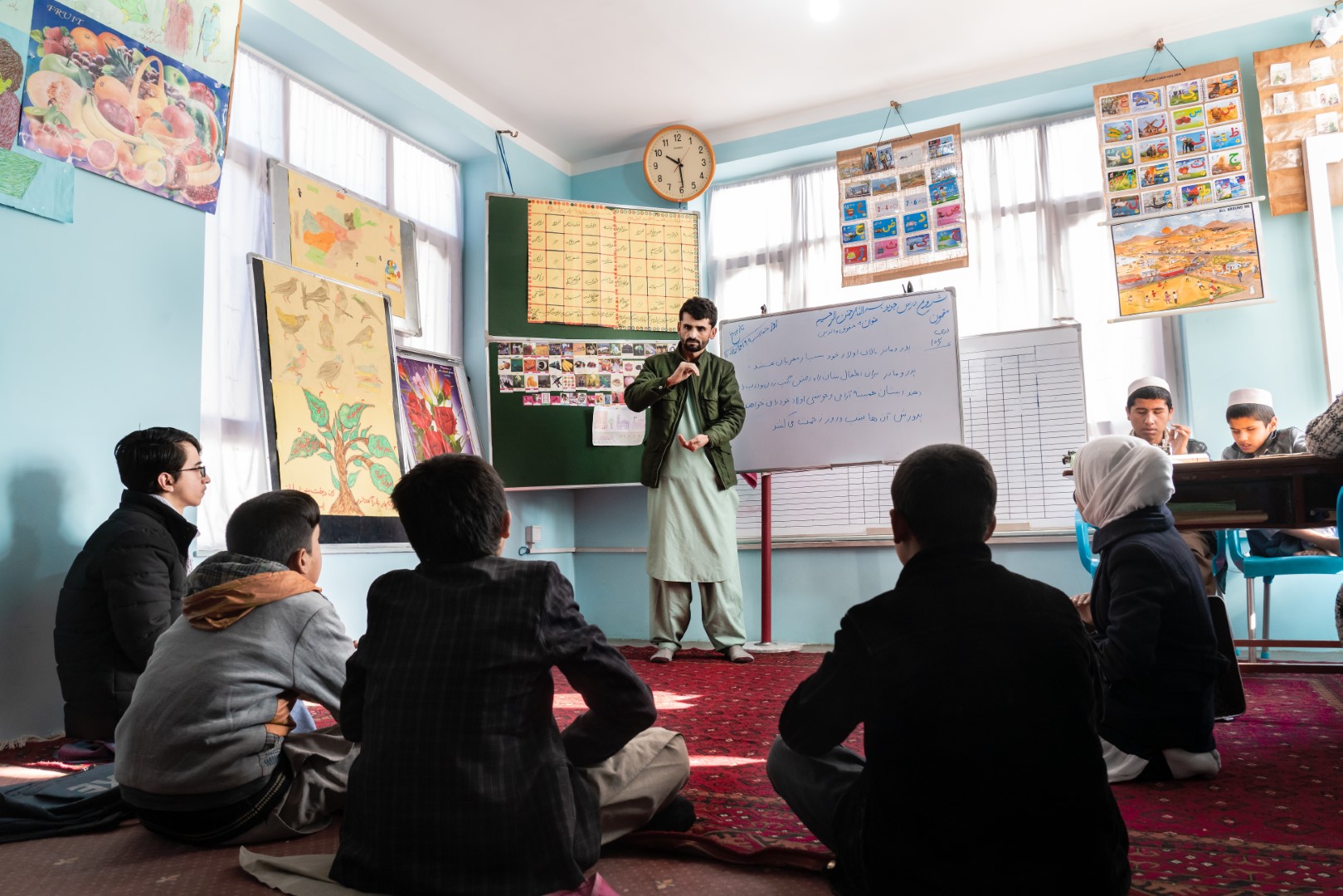 Zabihillah Jumacha goes on to say that SCA field staff parallel to other commitments also are working to change attitudes and to increase knowledge and awareness of what functional variations mean.
“In the small communities outside Taloqan, the so-called village elder and the group around him is important. It is a kind of social integration we work with.”

In a third classroom, the children have learning difficulties and the special teacher Zainan Abdul Rahim has three subjects going at the same time. Geography for a couple of the elderly, mathematics and physics at different levels for the others. To their aid they have large lego blocks.
Zaina Rabuni, 13, is building a car, while Malalai Abdullahad, 14, is putting together a tower.
“Look, look I’ve done it twice in a row!” she exclaims proudly.