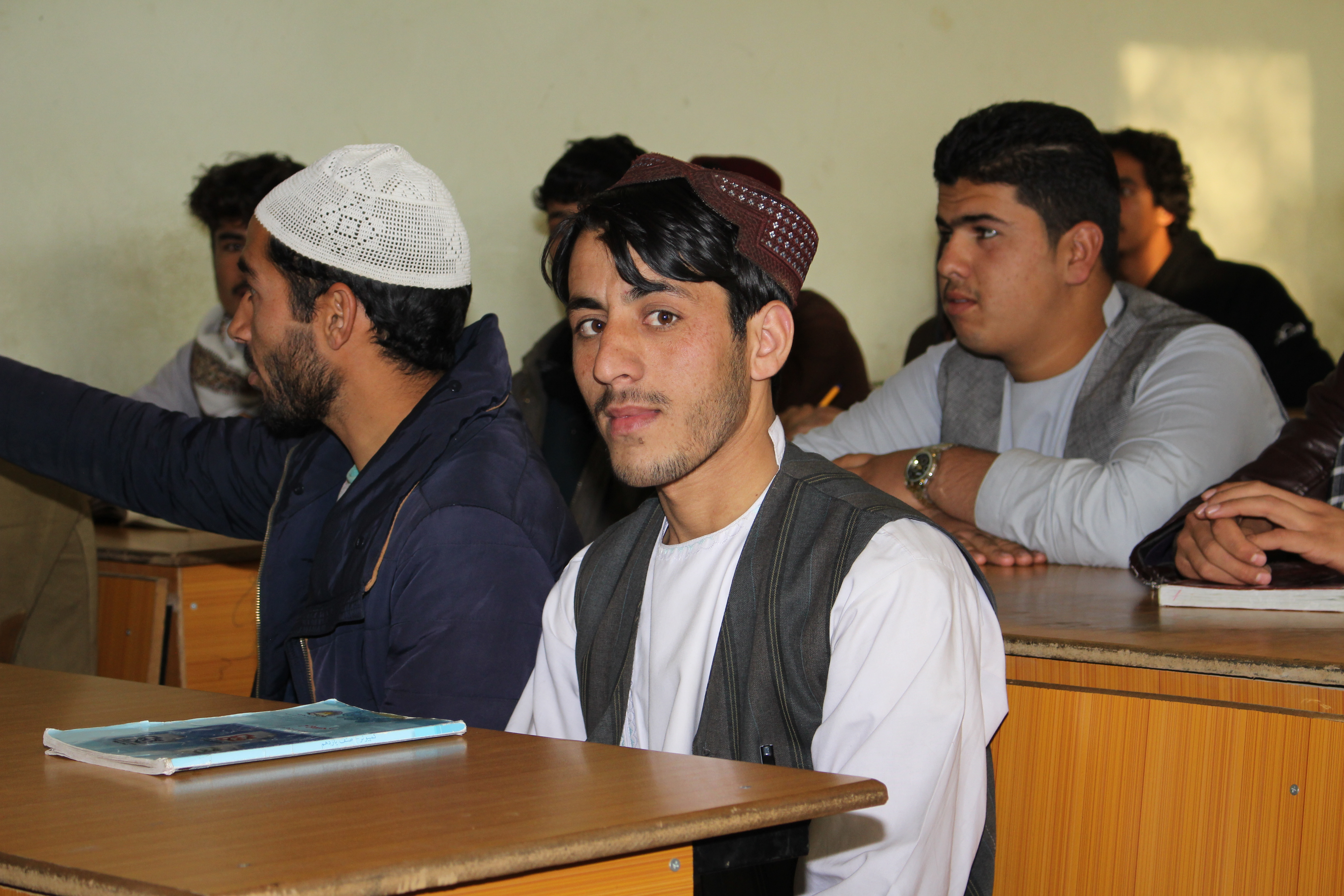 Baz Mohammad Hanifi, 20 is forced by insecurities and his disability to leave his home and start traveling to study. He is a resident of the Andar district of Ghazni province, a district where armed clashes between the two sides occur most often.

Due to a roadside bomb blast he has been deprived of the blessings of both legs and are amputated, but despite his disability, he studied in his village until the sixth grade and after the sixth grade, he had to leave home and village to study at school and came to Ghazni province to continue his education.

Baz Mohammad says, “I was very interested in education and there were many armed conflicts on the way to school and we were not able to save ourselves, that’ why I was forced to leave the village school and travel to the city. It has been five years since I am working with a bakery in Ghazni and they give me food and night accommodation.”

He now manages the financial affairs of the bakery and that’s because of his elementary education. He is the eldest son of his father and his father works on daily wage in the village and earns a piece of bread, but his son’s courage is truly commendable because it is very difficult for a disabled person to travel.

Mr. Baz Mohammad is currently studying in the eleventh grade and is optimistic about his future.

Mr. Baz Mohammad says, “I ask all the offices inside and outside the country to help the disabled because we also want to serve the community as healthy people, I am very interested in medical science and I want to be a good doctor to serve my community.”