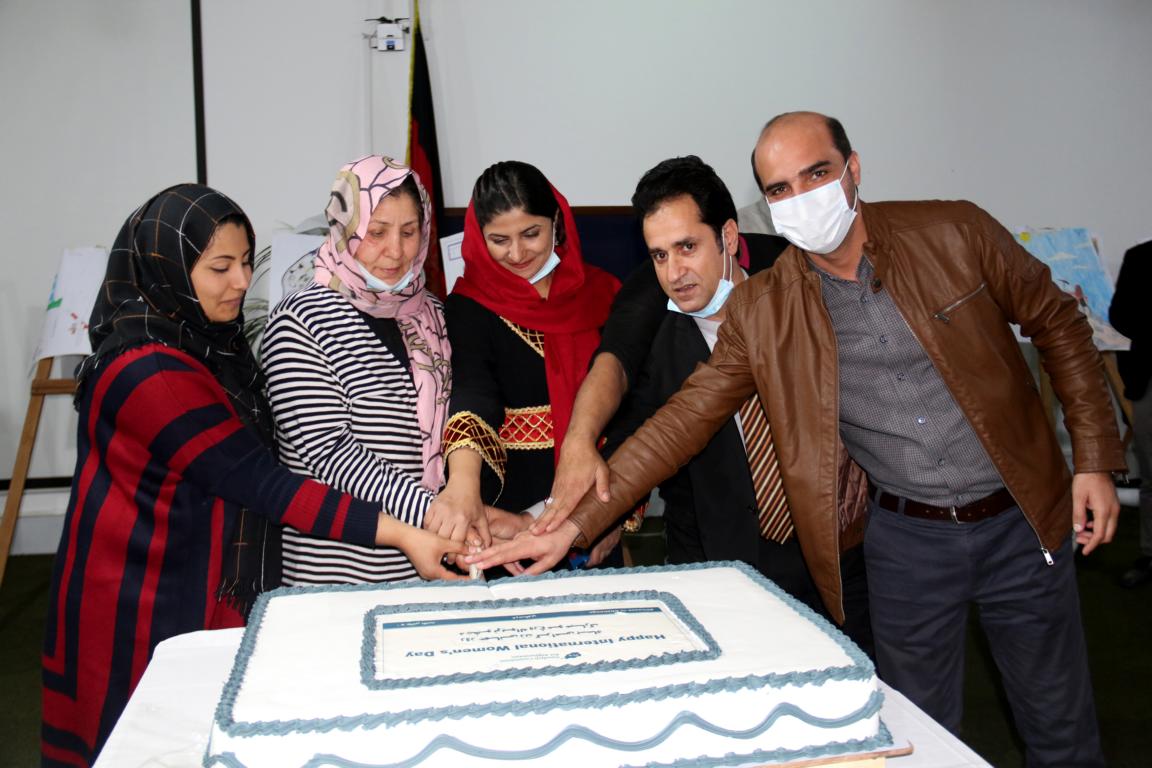 Mr. Sirajuddin Joya, Head of the Human Rights and Gender Unit of the Swedish Committee for Afghanistan, while congratulating International Women’s Day, addressed the event: “We are happy that the International Women’s Days is being celebrated at different levels, but we are celebrating this day in a situation where the world today has still not been able to provide equal and balanced conditions for both men and women in all areas. Today women and girls are openly harassed on the streets, in the workplace, and in educational institutions.”

He added: “The structure of workplace and families are not free of violence and disrespect for women and girls, and this shows the lack of public awareness about the fundamental rights of women based on an Islamic perspective and the applicable laws of the country,”

He considered the cause of discrimination and inequality in the society as exclusive and relevant to cultural misbehavior. He also pointed out that to tackle this issue, policies, programmes, and strategies cannot only be relied upon; rather every individual effort is undoubtedly needed at work, family and community structures, organizations, and educational institutions.

“Women face many constraints at various levels; nevertheless they have made great achievements in various economic, political, and cultural prospects compared to previous years. Women are therefore the real heroes of Afghanistan.” Said Mr. Ahmad Khalid Fahim, Program Director and Deputy Country Director of the Swedish Committee for Afghanistan.

“Women and girls are one of the main target groups of SCA, who every year benefit largely from the SCA’s four major programs such as education, health, rural development and rehabilitation of persons with disabilities. Last year, more than ten million women and girls benefited from the programs and this number increases every year compared to another year,” he added.

The program also contained other parts, such as the SCA’s Leadership Commitment to improving the conditions of females, theater program, painting, and grant awards.

The program concluded with the presentation of appreciation letters to the SCA’s female staff.

More than 50,000 people with disabilities benefits from SCA’s services each year