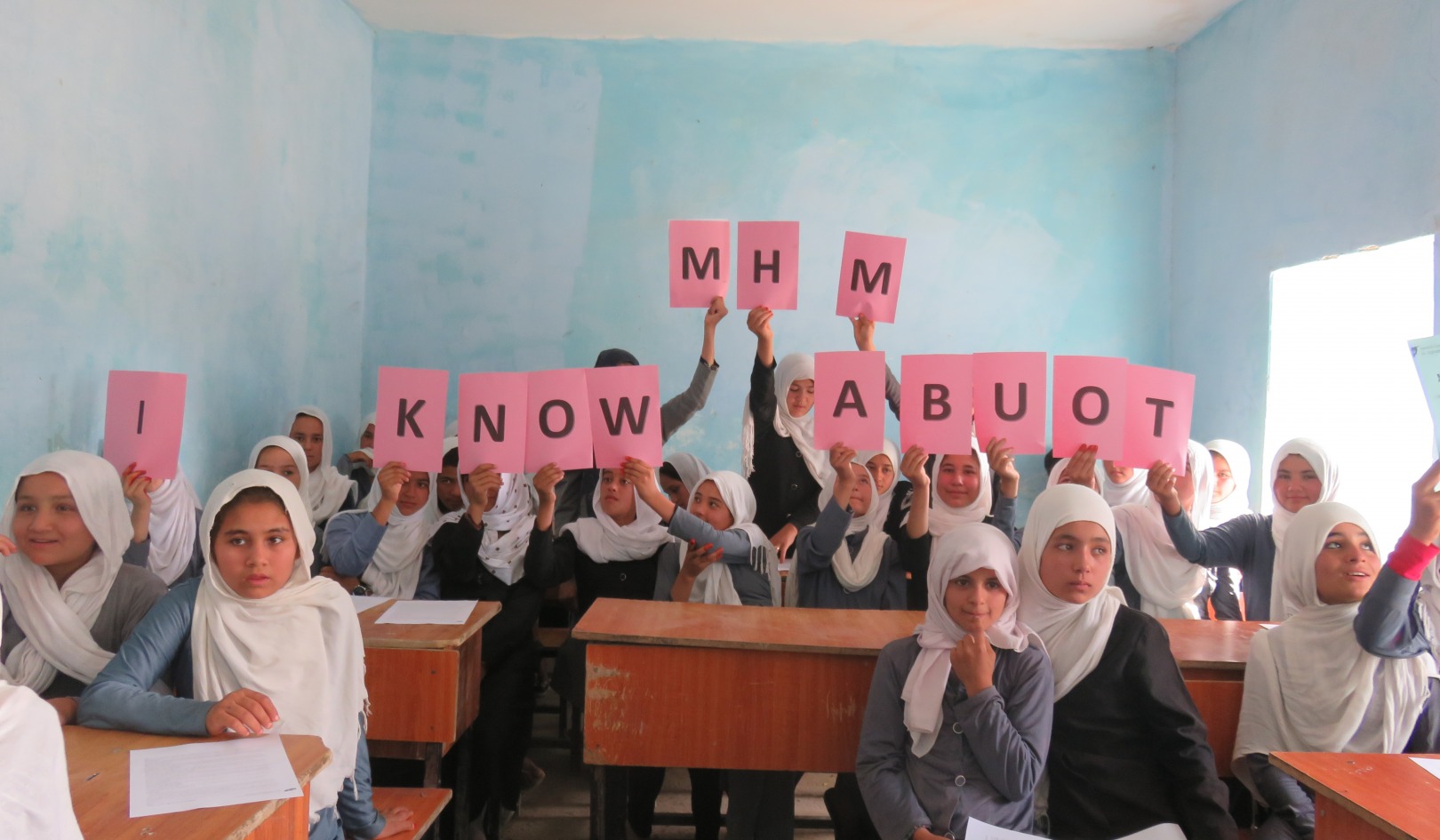 7 000 girls receive help via the menstruation project.
300 teachers receive education in questions related to menstruation.
3 provinces are included in the project: Balkh, Laghman and Samangan.

Faranaz Anwari attends school in a rural area south of Mazar-e-Sharif in the province of Balkh. The security situation near the school is uncertain, which is why she has travelled to Mazar-e-Sharif to give interviews on the menstruation project she participates in.

This project is financed by SCA. Faranaz has decided to help SCA disseminate knowledge about menstruation, including on the local radio. She wants to help break taboos in Afghanistan in relation to menstruation. She travels with her teacher, Fatema Ismaili.

Faranaz says that before the project was initiated in the school, everyone was shy and though it was embarrassing to talk about menstruation. No one dared ask for help if they needed it.

“Now we help each other by giving menstrual hygiene products to each other if someone has forgotten hers at home. And we are very happy that we have a toilet where we can go and change. It used to be that we went home instead and stayed there. Menstruation is no longer taboo, we now have knowledge and understand that we are just like all other girls and women,” says Faranaz Anwari.

Before the projected was launched, the teachers gathered the students’ mothers in order to present the project. The mothers got to share their views and ask questions.

Approximately 800 girls attend Faranaz’ school from first grade to the last year in high school. Ramiz Yousufi, who works on this project at SCA, frequently visits the school. He says that he is greeted by big smiles.

Initially, the school principal thought that Ramiz was a toilet repairman. He had to explain that he as a man could also work with menstrual health.

“I said that I have a mother and sisters. Everyone needs this knowledge,” says Ramiz.

At first, several principals wanted to prioritize more classrooms over toilets, but when Ramiz visited schools included in the project, he asked the principals if they also had daughters. He asked whether they want menstruation to prevent their daughters from attending school and getting an education.

“It usually doesn’t take long to convince them why the menstruation project is needed. Then they keep on calling, asking when we’re going to come visit again,” says Ramiz.

In addition to handing out menstrual hygiene products, Ramiz and his colleagues also put up posters as a complement to the information provided in the classroom. They also make sure that all toilets work properly and have been correctly installed.

The toilets should have running water and a door that closes properly. Thanks to SCA, there is now menstruation education in schools and there are questions about menstruation in the final examination in biology taken by all students from the fifth to the final grade.
Tip: See the video about the menstruation project on the SCA website.

Teachers are trained in questions related to menstruation

Afghan girls face a number of challenges. It is increasingly common that they attend school, but many are forced to quit once they reach puberty.

When girls get their first period, they frequently choose to stay at home. There is a lack of knowledge about menstruation in school and there are rarely toilets where the girls can wash up and change sanitary napkins.

Once they reach puberty, girls are also considered mature enough to be married off, which is why menstruation may be seen as a punishment or threat. For a long time, SCA has worked on informing about menstruation in their schools in Afghanistan and has also tried to get education on the subject into the national curriculum.

Since 2016, SCA carries out a project financed by the Postcode Lottery aimed at building toilets, disseminating information, educating teachers and improving knowledge about menstruation in a number of schools in northern Afghanistan.

Threats from the Taliban are common for midwife Maryam

Health care Maryam trained to become a midwife at one of SCA’s schools almost ten years ago. SCA’s previous head of information, Lasse Bengtsson, has followed her work since then. Today, she works at the front line where the Taliban fight government troops. Her everyday life is full of threats.