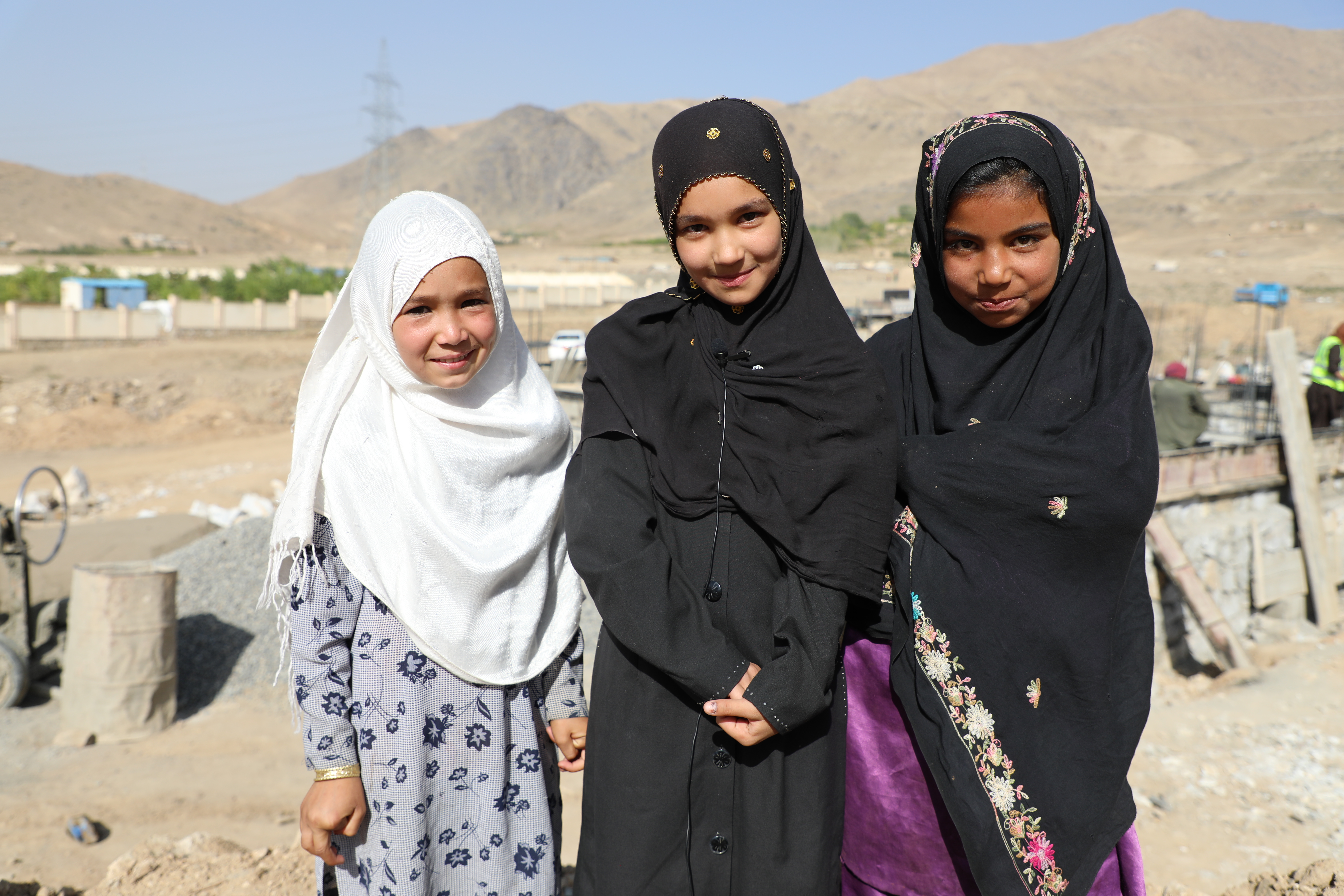 The children of Olkhil village, who have long been deprived of their right to education and have always lived in turmoil in search of shelter against the bullets and flames of war, are now happy and excited about the construction of a school in their village. The village that has witnessed years of fighting between the former government’s security forces and its armed opposition groups, its residents has bitter memories about their village being used as a war frontline before the recent political transition in the country.

Roya, 9, is a student in fifth grade of Hazrat Omar Farooq School. “I am very happy that a building is being constructed for our school,” she expressed.

This school is built on about three and a half acres of land dedicated by the residents of Olkhil village. Mohammad Aref, 25, a resident of Olkhel village describes the problems children faced in his village due to lack of a school building. “Our children had lots of problems. They used to go to schools very far from our village and they faced war, floods and danger of crossing the main roads on their way. Now that this school is built in a good central location, the people of our village are very optimistic and really grateful to the Swedish Committee for Afghanistan,” he said. “The most important thing is water, and a water well has been dug for this school, which produces good water.” Hazrat Omar Farooq School is an elementary school whose building is designed with six classrooms, four administrative rooms, a computer lab, a laboratory, ten separate toilets for girls and boys, and a 300-meter surrounding wall. The school will going to be equipped with a solar power system. A drinking water well has also been dug in the school and is to be connected to a solar power system.

After the Taliban takeover: What future awaits Afghanistan?

News The Swedish Committee for Afghanistan is organising its biennial international conference on November 11, 2021, in Stockholm. The conference will gather experts, policymakers, civil society, and academia to discuss the latest developments.

News Swedish Committee for Afghanistan (SCA)’s Wardak Regional Management Office (WRMO) resumed its Education and Rural Development activities after a short pause due to the new political developments in the country. The Health Services delivery in all health facilities including the provincial hospital were running without pause.

News The Taliban have taken control of Afghanistan and there is great uncertainty about the future. Despite this situation, SCA’s work continues. We are adapting but working with the same vigour – it is our responsibility and our duty. The world must not fail the civilian population.