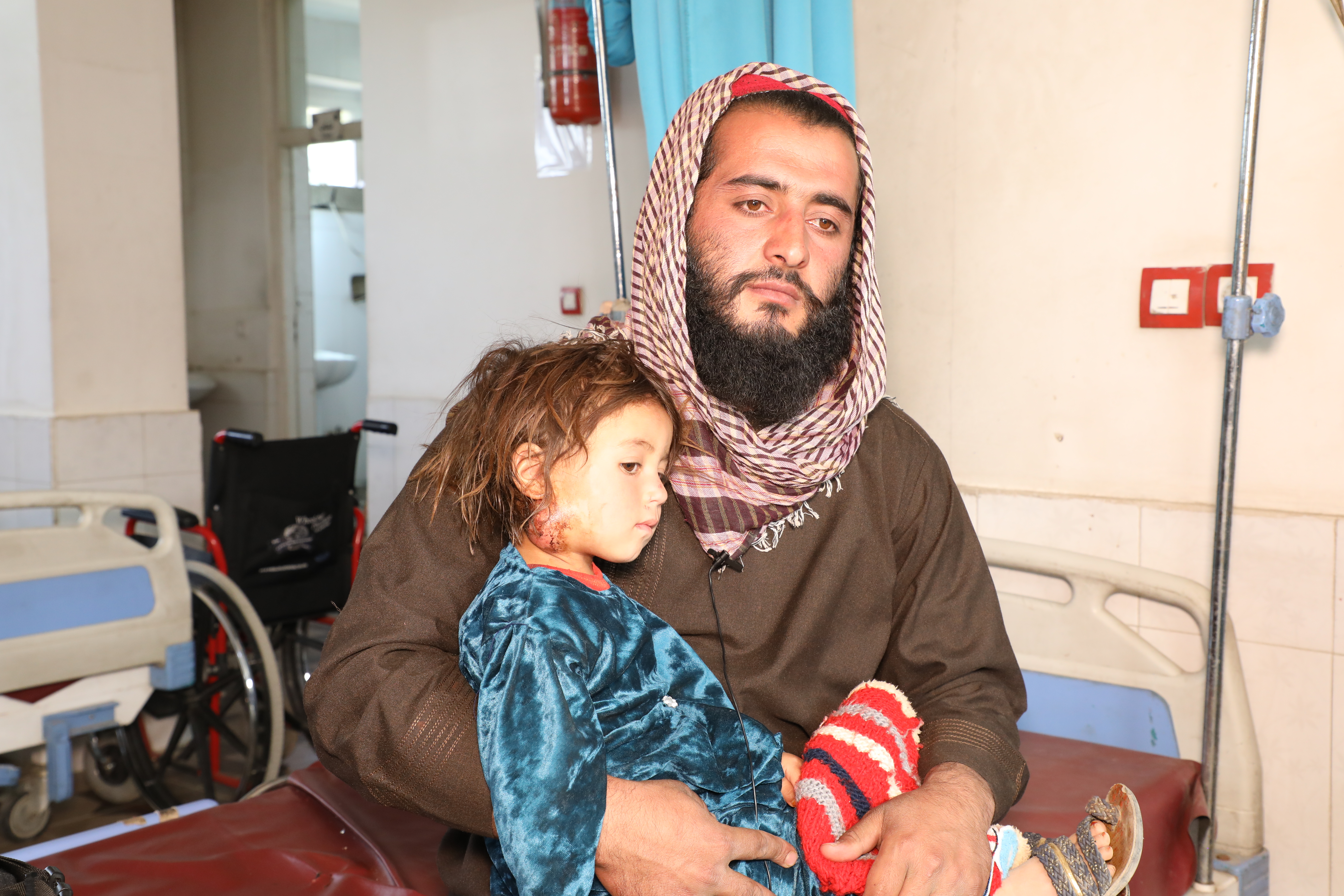 Enter your e-mail address to subscribe to our newsletter.

Abdul Baqi Niazi is a resident of Tukarak village in Nirkh district of Maidan Wardak province. He brought his two-year-old niece, Haseena, to the Maidan Shahr provincial hospital run by SCA. This little girl suffers from a large boil around her neck.

“Currently the health service in the provincial hospital is limited; there is no medicine or food for the patients. This is a problem that our poor people cannot bear,” he said. “Despite all these problems, we thank SCA for providing health services to the people of Afghanistan, as we are aware that health services in other provinces have declined. We call on SCA and other international bodies to help us. If they don’t help, a humanitarian catastrophe could happen in Afghanistan due to the lack of public health services.”

About 650 patients daily receive health services in Maidan Shahr Provincial Hospital, including around 300 children and more than 150 female patients. This hospital with a capacity of 110 beds admits 85 to 90 patients every day, including patients who need maternal and surgical care.

Maidan Shahr Provincial Hospital previously provided wider services under Sehatmandi Health Project. Sehatmandi project supported 77 health centers in Wardak under a health contract funded by the World Bank. The contract was for 30 months beginning from January 2019 to June 2021. However, after the political transition in the country, the project ended up vague without signs of extension. This has affected the supply of health services in the province.

“It would be difficult to run such a big hospital and other clinics without having a project, but we are still providing patients with only essential life-saving services using SCA’s funds only. If these insufficient services are stopped, we are afraid of a deadly catastrophe for mothers, children and needy people in the country,” explained Dr. Mohammad Nader Rahmani, director of the Maidan Wardak Provincial Hospital.

The World Health Organization (WHO) has warned in a new report that halting the budget for health projects in Afghanistan will close down more than 2,000 health centers in the country. This is while the Red Cross has also warned that more than seven million people in Afghanistan do not have access to basic health care.

News The construction of a school by the Swedish Committee for Afghanistan (SCA) in a war frontline has built hopes and brought smile to the face of children and residents of Olkhel village in Wardak Province.

After the Taliban takeover: What future awaits Afghanistan?

News The Swedish Committee for Afghanistan is organising its biennial international conference on November 11, 2021, in Stockholm. The conference will gather experts, policymakers, civil society, and academia to discuss the latest developments.

News Swedish Committee for Afghanistan (SCA)’s Wardak Regional Management Office (WRMO) resumed its Education and Rural Development activities after a short pause due to the new political developments in the country. The Health Services delivery in all health facilities including the provincial hospital were running without pause.