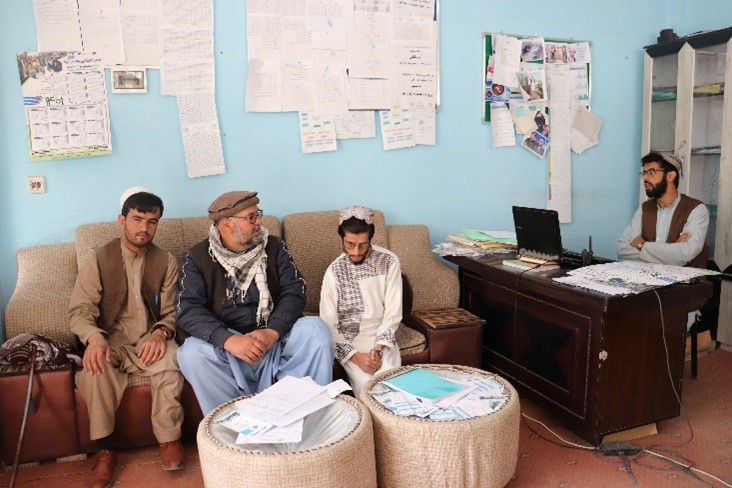 Enter your e-mail address to subscribe to our newsletter.

The association started operation in 2020 with technical support from the Swedish Committee for Afghanistan in advocacy and awareness-raising areas under BACEDA project with the financial support of the European Union.

As a result of the advocacy conducted by the association, several persons with disabilities have so far been enrolled at private educational institutions to pursue higher education with considerable tuition discounts or free of cost.

Mr. Baz Mohammad, who has got two limbs amputated, is now pursuing Nursing at the Muslim Institute of Health Science with an 80% discount. As such, Mr. Amanullah Elmi with arthrogryposis pursues Economics with an 80% discount and Mr. Hamidullah with paraplegia studies Pharmacy with a discount.

Additionally, Mr. Mohammad Naeim with hearing and speech impairment has been recruited as a cleaner at Ghazni University.

It is worth mentioning that Persons with Disabilities have also been included in Community Development Councils as decision-maker members.

Mr. Wazir Mohammad, Abdul Baqi, and Shafi Ahmad have been members of the Community Development Council in Pirzada Nawabad village who not only decide on community affairs but also have been involved as workers in the graveling project implemented in their village.

This article has been funded by European Union under BACEDA project

SCA the only health service provider in Maidan Wardak

News Although recent political transition in Afghanistan has posed many challenges and constraints in the health sector, the Swedish Committee for Afghanistan remains committed to continuing to provide its health services in Maidan Wardak and other areas of its operations.

News The construction of a school by the Swedish Committee for Afghanistan (SCA) in a war frontline has built hopes and brought smile to the face of children and residents of Olkhel village in Wardak Province.